It's time to celebrate the blastbeat!!!! 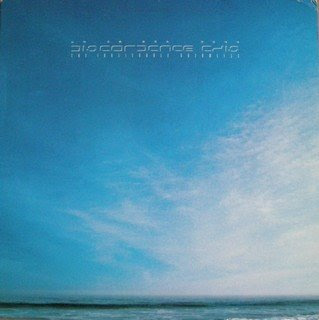 A couple of posts ago, I mentioned it being Blastbeat Celebration day on January 29th. Guess what? That day is today. In honor of said day, I offer what I name as the SINGLE GREATEST GRINDCORE ALBUM of all time. Discordance Axis - The Inalienable Dreamless. All the elements of this band total up to being the greatest grindcore band of all time too. This band's entire catalog is vicious and precise. It's the sonic equivalent of that SUV that travels in the president's motorcade, but has the popup top that a guy strapped into a Gatling gun pops out of. The CD comes packaged in a DVD case and looks like a video on meditation instructions, then you put it in and BAM! 3,000 armor piercing round a minute. Grindcore. Sure, Napalm Death invented it, Carcass added a little melody here and there. Terrorizer and Assuck made it be worth a little more than the ironic one second song. Since then really, nothing progressed the genre until this record. All since this release have either been slavish followers of this albums design (Pig Destroyer, Magrudergrind) or just have not been that good at it (I won't name names) Judging by the prices on Amazon, it's probably still available, so if you download it and like it, buy it somewhere or order it. I know Hydrahead reissued the Jouhou and Original Sound Version albums too, which total up to the entire recorded output of this band. Jon Chang (vocalist) has a new band called Gridlink that adhere's pretty close to what this album was doing. Discordance Axis imploded like six times during it's existence. The final nail went in the coffin when guitarist Rob Marton was diagnosed with a condition where the loud volume he would play at would caused his entire body to be wracked with pain for days after DA would play a show. Talk about an achilles heel. Dave Witte handles the celebrated blast beats on this recording, and they are numerous. He's still one of the greatest in the world. No bullshit gravity blasts, always one foot.
Posted by nothingwheel at 4:16 PM