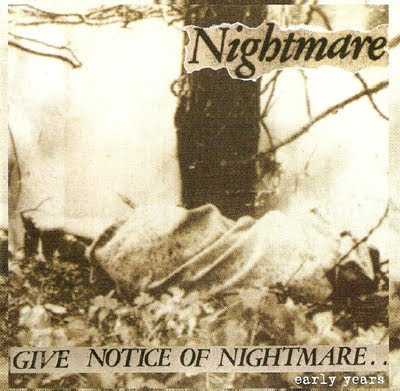 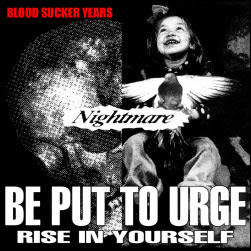 By no means can I claim to have been any kind of "old schooler" when it comes to the Japanese hardcore. I wasn't hip to it when it was available to me and 90% of the people who claim some sort of OG cred concerning it are full of shit. If they are under 30, they are absolutely bullshitting. I saw Lee Dorrian and Danny Lilker wearing S.O.B. shirts, so I knew of it's existence at a younger age than most. I read interviews where they talked about how great it was. It wasn't until I started leeching from blogs that I actually got to HEAR any of it.

Some time ago, I found uploads of both the Eye Of The Thrash Guerilla and Starving Dog Eats Master compilations. I can't remember where. They both had tracks from bands I was familiar with on them. I figured they would be a good place to start to check out some of the lesser known Japanese bands. Despite all the hype, cult appeal and fetishism the record collectors (see: pretentious assholes) subscribe to when spending $300 on OG Zouo vinyl, Japanese HC is just like any other scene. There are good bands and there are bad bands. It all depends on your tastes. My tastes run to the more aggressive and fast paced side of things. I've scratched the surface and I know what I like. I can't say I like it all, including some very popular and influential acts that I am just not into. I won't start any arguments about who sucks or who rules. One thing pretty much everyone can agree on is that Nightmare is one of the best. They were featured on BOTH the compilations I downloaded and I had to hear more. I dug a little deeper into their legacy and saw how respected the "Give Notice Of Nightmare" LP was on the internet. I couldn't find uploads of it ANYWHERE aside from the defunct "Fight Against The Plutocrats" blog (R.I.P. Dirk, you are one of the reasons I started a blog) where it had long since expired due to inactivity.

I have since purchased these two compilations that pretty much make up their early 90's output, sans their first 7" which they omitted from their discography for whatever reason. The recordings have been remastered and sound fucking awesome. They were SO full of piss and vinegar. They are still together today, but I have heard varying opinions on their more recent stuff. Few bands in ANY scene maintain this kind of energy track after track. Where Deathside fiddled with OTT guitar arrangements and superior song structure (to great effect,) GISM destroyed clubs with flamethrowers and bulldozers, and Disclose buried their Discharge worship in heaps of white noise and feedback (to lesser effect IMHO,)

Nightmare's schtick was to go straight for the throat. I don't think there is one weak song on either of these collections. Nightmare, along with Bastard, Gauze and Lip Cream are what I always imagined Japanese HC to be like. Fast as fuck, consistently tight and absolutely feral in their delivery.
One think you have to love about the Japanese is their penchant for experimentalism. The tracks for the 'Footprints In the Wind' single on the Bloodsucker Years feature a John Zorn-like freakout saxophone player who plays almost constantly over every track. Of the two, I think I prefer the Early Years compilation a little more. It contains the aforementioned Give Notice Of Nightmare recording as well as the tracks from both the compilations I named. No screwball Peter Brötzmann saxophone, just total thrash from beginning to end. 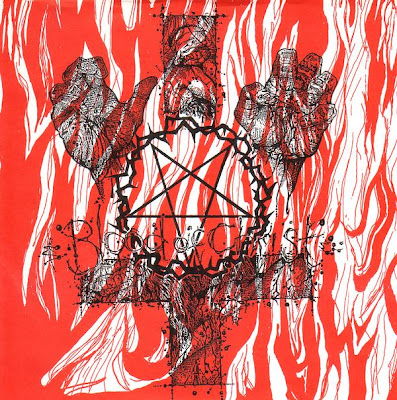 When I was a kid and wasn't old enough to get into clubs or had an income or an allowance that would facilitate ordering things from Relapse, I would dream about being in Florida or Stockholm or some other hotbed of death metal and getting to go to shows and stuff. Blood Of Christ were in the Relapse catalog and were from Ohio and that made them basically rock stars to me.  I think they had actually broken up before I ever even heard of them.  I didn't actually get to hear any of this material until I won this CDR on eBay.  When I finally heard them, I was pleased to find that Blood Of Christ were as good as I always hoped they would be. It sounds like early 90's death metal.  Heavy, but not tuned to drop A or anything silly like that.  They also do not play at 300 bpm either, which is why I find Nile and Hate Eternal albums completely boring.  "Usual suspects" influences like Morbid Angel, Malevolent Creation and Deicide come to mind, and maybe even a little Rotting Christ-styled bombast in a few places.  Good riffs, good arrangement, good energy. I really like these recordings ALOT and find it pretty criminal that the only true release these guys ever had was their sole "INRI" 7" released in 92, a dribble in the deluge of trend-hopping death metal releases from that year.  Had they released anything, it would have been forgotten among a hundred other releases that didn't sound too different from this stuff, even if it was superior to Deteriorate, Excruciating Pain or Morpheus Descends.

This contains all the material ever recorded by the band and it was prepared for a 2007 memorial concert for the lead singer who died some years back.  According to Encyclopedia Metallum, this is supposed to be released on vinyl someday, but it hasn't happened yet.  In the meantime, you get to download it and spread some early 90's Cleveland death metal gospel.