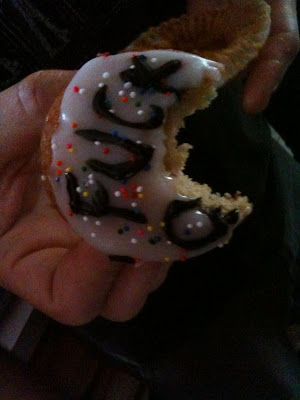 Holy shit! I got my first cease and desist order in the mail today! I couldn't help but wonder what jackass decided to report me, and WHY of all things. I don't see any reason in posting any current releases from anyone. Most current releases suck anyways. Why should I give a shit about Animal Collective or a John Legend album enough to want to post it? General rule, if you can buy it at Best Buy, someone has their eye on the internet to try and stop dirtbags who want to be the first to leak it. I try and keep this blog centered on stuff you are not likely to find easily...try mind you (like it's hard work or something) Rare shit, demos, and of course the occasional rant (like now). It's my blog. I can post as irregularly as I want and post dumb shit on occasion.

So I'm at a Dungen concert tonight and I get a call from my Dad saying "there is a letter sitting on the thing in the room at home that has something to do with file sharing or something." I get red behind the ears. I fucked everything up and we are both going to broadband prison or something. I know Dad is pissed cuz he doesn't know what the hell any of this means, it's just his son and that confounded internet of his. Dad has his own computer. I am sure it is a porno machine for the most part though. He can't do much else other than check his email and find titties. He has no idea how any of this P2P file sharing stuff works or what I have gotten him tangled into. So I get home from the show and immediately seek out this letter sitting on the thing in the room. It's from the cable company saying that they refuse to disclose any information to the DMCA, unless they are court ordered to do so, but it has been brought to their attention that our IP address has been sharing information of a copywritten nature (Nukkehammer - Pigs All The Time? Death Side? Il Balletto Di Bronzo? The suspense is killing me.) I scan to the bottom of the page and in red it says that the file had to do with "Flash Of Genius" What song is that? It's nowhere in my computer. I get on the horn with a savvy friend and he just says "google it!" So I do and immediately it comes up that it was a movie that came out in 2008 about a stolen windshield wiper or something.

Apparently, I don't know how to secure the wireless network at my house as well as I thought I did. My bad.
Posted by nothingwheel at 5:08 AM No comments: