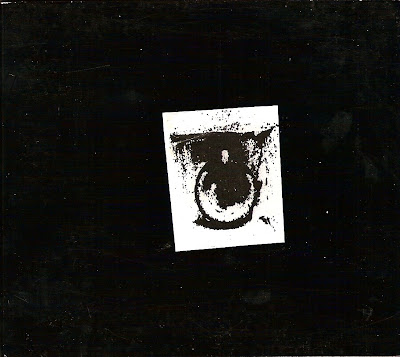 You know something that is sweet about demos? They are short. Sometimes, albums just go on too long and don't have enough to say. Some of my favorite albums are victims of this. "And Justice For All" really could have done without the 9 minute songs. Demos are graceful and quick to upload and download. No splitting of the archive, or timeouts on the server. Wanna know something that is a fucking DRAG about demos? They are SHORT. I have a 20 minute drive to work and that is not enough time to get into the meat of a good album. No "Forest Of Equilibrium" for me in the morning. I'm a third of the way in by the time I am through the intro. If you are listening to something, you almost want it to be something you are not that interested in, or something that can pert-near complete itself within the time frame granted. So the What The Fuck?!? demo posted a few posts back leaves me driving 75mph on the interstate and rather unsafely removing my eyes from the road while trying to find something else in my iPod to listen to that will interest me for the next seven and a half minutes. ("You know, and I know, I can't live without my radio")

Maine's Ocean really felt the need to write ten (twenty... thirty) minute songs. On their self released 2004 demo, they had it right. Two songs, 25 minutes long. Perfect drive-to-work length. It's before they had figured out how to be molasses slow too, so it's not like it puts me to sleep on the way (another good reason not to listen to "Forest Of Equilibrium" while driving I guess.) Playing tectonically slow really takes some tweaking on the groups's part. It takes a keen sense of time amongst all involved for everyone to stay together.

My old band played with Ocean in Cleveland some years ago. At that time, the only thing they had released was this 2 song demo. It was not terribly indicative of their live sound, but it was crushing nonetheless. They had just re-recorded their entire debut album after being entirely unhappy with what they had recorded with Sanford Parker in Chicago. I don't know how that can be possible, but their reasons I think had more to do with their own performances and they just ran out of time to get it the way they wanted it. (Something about it not being slow enough.) Ocean are obviously perfectionists in many regards. Their second album, "Pantheon Of The Lesser" is an utter fucking sludge/doom masterpiece, probably the last sludge/doom masterpiece that was ever recorded. The second song (Of The Lesser) is like 37 minutes long, it's super super slow and it STILL rules from beginning to end. It's REALLY hard for something super super slow to be able to do that. It took them 2 years of writing to get it right apparently, and when they did, it was a doozie. It doesn't get boring, and I highly recommend you get it if you like it slow. Then again, if you already like it slow, you probably already own it.

You may NOT however, own their highly sought after "Monument/Fork Lashing Eye" 2 song, self released CDR demo. Weep no more, for I do. I finally got around to scanning the cover as well. Ocean were some of the most solid guys I have ever met. They gave me my pick of T shirts, but I was grabby and not thinking and grabbed a small. Sold it some years ago. Still kicking myself. I should have at least made it into a back patch or something cuz I REALLY love this band. They released this on a limited 500 copy run of 12" vinyl with sick, handmade packaging a few years ago. Doubtless, it sold out. Here is your chance to at least have it in some form if you so desire.
Posted by nothingwheel at 2:38 AM